On Saturday 8th December, participants of all ages took part in our ‘Santa Freefall’ at Haven Banks Tower on Exeter Quay.

Tasked with each raising sponsorship money of £100 in support of YMCA Exeter’s work with homeless young people, our team of 15 Santas collectively smashed their goal with £2,000 in the pot, and counting! 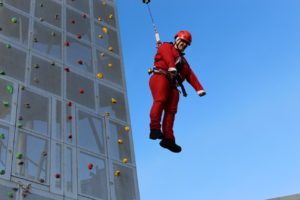 The challenge included them donning their finest Santa suits followed by stepping off Haven Banks 22 metre tower (safely harnessed up of course!). And if once wasn’t enough, the bravest of them went ahead for a second time. 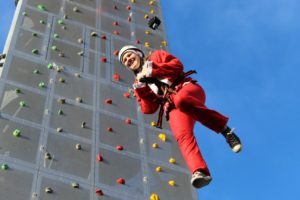 Participants included YMCA residents and interns as well as students from the University of Exeter’s YMCA Society and local secondary schools. The money raised from the Santa Freefall will be used to support the 51 young people who call YMCA Exeter their ‘home’, including treating them with special gifts and food this Christmas, as well as enabling their ongoing care in to the new year. 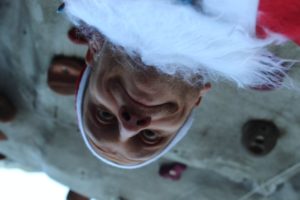 From us at YMCA Exeter to our brave Santa souls… THANK YOU!

To make a donation in support of our Santa Freefall, head to our residents’ JustGiving page by following the link here.